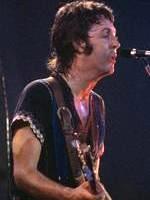 Paul McCartney is throwing an official listing party for Wings‘ Wild Life on Friday, February 4th. Fans are fans around the world are welcome to share their memories of the group’s beloved 1971 debut album. Log in to Spotify or Apple Music at 12 noon ET — and look out for trivia and messages from the PaulMcCartney.com team.

That same day, in commemoration of the 50th anniversary of Wings’ debut album, “Macca” will release a new half-speed mastering vinyl edition of Wild Life. The new version of the album was cut using a high resolution transfer of the original 1971 master tapes.