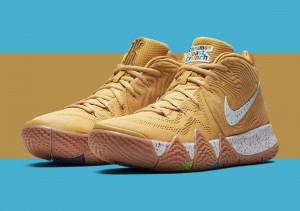 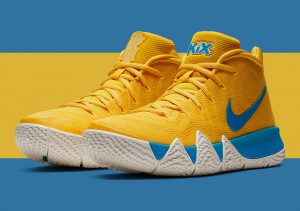 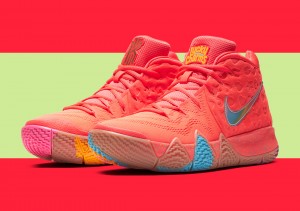 I have no idea how these two things go together but hey, why not?

Nike and General Mills just released three new limited-edition pairs of basketball shoes that are based on different CEREALS.

And they’re all based on the basketball shoe line Nike makes for Kyrie Irving from the Boston Celtics, because apparently he really likes cereal?  He also genuinely believes the Earth is flat.  He’s . . . eclectic.

1.  Cinnamon Toast Crunch, which are brown and covered in swirls.

2.  Lucky Charms, which are bright red and have embossed pictures of the marshmallow shapes.

3.  And Kix, which, fittingly for that cereal, are pretty boring and just look like a bright yellow and blue shoe.

Oh, and the liners inside the shoes have pictures of the actual cereal on them.

The retail price is $120 and Nike is going to release them on their Snkrs app on Saturday . . . but for now, they’re selling them at random popups at basketball events in big cities.