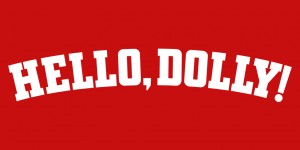 The blockbuster Broadway hit bursts with humor, romance, high-energy dancing, and some of the greatest songs in musical theater history. The romantic and comic exploits of Dolly Gallagher-Levi, turn-of-the-century matchmaker and “woman who arranges things,” are certain to thrill and entertain audiences again and again.

Southern Indiana-bred singer-guitarist Reverend Peyton is the bigger-than-life frontman of Reverend Peyton’s Big Damn Band. He has earned a reputation as both a singularly compelling performer and a persuasive evangelist for the rootsy country blues styles that captured his imagination early in life and inspired him and his band to make pilgrimages to Clarksdale, Mississippi to study under such blues masters as T-Model Ford, Robert Belfour and David “Honeyboy” Edwards. Jordan Hallquist & the Outfit will open the show. Nightfall is at 7 p.m.

An annual weekly concert series on the Chattanooga Riverfront returns Saturday night. Friends of the Festival presents Riverfront Nights, a six-week series of free concerts at Ross’s Landing during Saturday nights in July and August. Admission is free, and all shows welcome families and pets. The first headliner is Muscadine Bloodline, an “unapologetically Alabama” sound. Their songs include “Porch Swing Angel” and the aggressively anthemic “Shut Your Mouth.” Locals Campbell Station will open the show.

Movies in the Park returns to Coolidge Park this Saturday . We encourage you to gather your family and spend quality time together while watching a family-friendly box office hit on a giant movie screen.

Songs will fill the air as Moana takes an adventurous mission to save her people. As this teenager sails across the ocean, she’ll overcome one obstacle after another, understand the value of family, learn from the past, and discover her true purpose.

It’s one of the most exciting Chattanooga Market events of the season! Local chefs compete against the clock and each other for an afternoon to determine the Five Star Food Fight champion. From 12 to 2 p.m., chefs will use ingredients found at the market — along with Springer Mountain Farms chicken — to create a dish that will wow a panel of industry judges. The competitors are Kelley Koppinger of Marriott’s Table South,