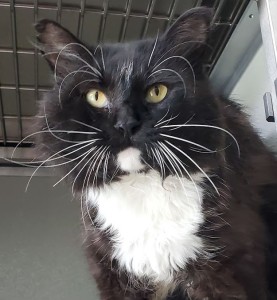 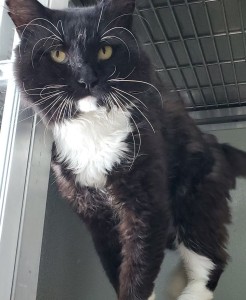 Handsome Dan 31165
Handsome Dan is just as his name advertises – handsome! He has long, fluffy black and white fur and greenish-colored eyes that seem to glow. He has the biggest cheeks that you’ll want to squish for days. When you open his kennel door, Handsome Dan will come right up to you and demand attention. He loved being petted and will even allow you to squeeze his cheeks (we know you’ll want to)! Be careful when you stop petting him, though, because he will nibble and swat you in displeasure. He just can’t seem to get enough attention. Handsome Dan is FIV+ so he will need to be your only cat or have companions who are also FIV+. 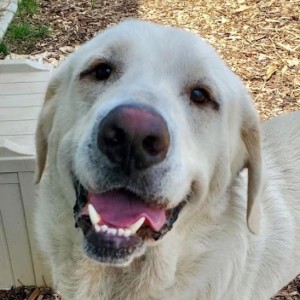 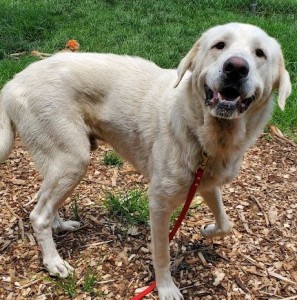 Polar 31330
This big ole bear of a dog is Polar, and he is a Great Pyrenees mix who weighs 82 pounds! Polar is a big boy and might look intimidating, but he’s really a big softie. He is gentle with people and just wants to be loved. He likes being with people, whether it’s going for walks or snuggling on the couch. Polar has some canine pals but seems to prefer dogs who are gentle and social but not really playful. Polar isn’t a needy dog, so you don’t have to give him attention every minute of the day, but you may want to anyway because he’s so adorable!
Categories: James and Kim in The Morning
Tags: Humane Educational Society, Humane Society, pet adoption, Wet Nose Wednesday

Five Rude Things You Might Be Doing in a Fitness Class

Madonna Is Coming To Atlanta